Welcome to the new blog.

This blog will be for whatever errata I think you might find interesting.  I’ll be uploading process images, showing off materials, talking about the conventions I attend, and sharing whatever geeky news I come across.

For right now the only big announcement I have is that the KickStarter is halfway through. It will end on Feb 15th just before midnight, so you have until then.

I’ve also posted a process video showing how I make the Dice Towers, which you can see below.

I have a little something to share with everyone.  I’ve been hired by Pro Se Press to do some book covers for them.  My first 2 have been green-lit, and I’ll have more information on the books once they’re actually in circulation.

For right now, I thought I’d go over the whole process from start to finish.

()  The publisher sent me a little write up on each book.  This included a copy of the synopsis (the thing usually on the back cover), and a description of what the author was thinking of for the covers.  On the first, the book had a near future, recent post-apocalypse setting.  The setting they wanted was one of the main characters walking through a burnt out forest.  The second is a more traditional high fantasy setting, and the scene is a little girl looking through a creepy mirror to an even creepier little boy.  Based on this I made a few quick sketches, just to figure out a basic layout, and sent them for approval before I put in a lot of time and effort on a scene that just wasn’t right. 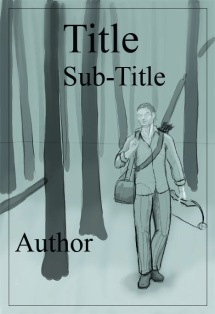 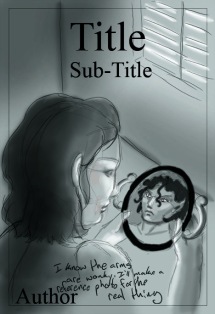 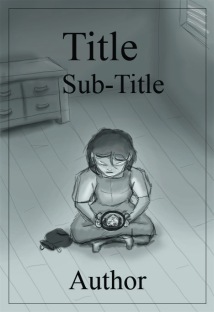 As you can see, not the best pictures.  Just the quickest of sketches to work out the placement of everything and lighting.  I also included where the title and such would be, since you don’t want real detail behind the writing.  I gave 2 versions of the second book, as the author had given a lot of details and I wanted to give an option that would allow more of them to be seen.  Luckily, my preferred cover was chosen.  The publisher did have a note on the first cover, preferring a more actiony pose with the character actually drawing his bow rather than just walking.  So I adjusted my sketch and resent it, being met with resounding approval. 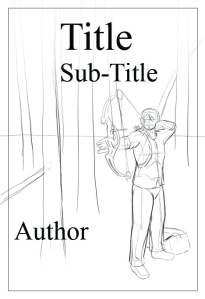 ()  Luckily, my brother was visiting at home so I was able to get him to pose with his bow for a reference picture.  I was going to get my dad to do it, until we realized that my brother’s left handed bow had a 80lb pull strength.  So seeing as he was the only one who could draw the thing, I managed to badger my brother into posing for 30 seconds ;p.  For the forest and the figures on the 2nd book I was able to just search images online.  This is all just to double check proportions and planes, so I’m not running into copyright issues here.

()  Next, I make a base linework.  Very basic, mostly just worrying about the planes of the body and such.  Then I go over on top of that sketch with the detail linework, which is where I actually worry about the details.  Eyes, hair, clothing, etc. 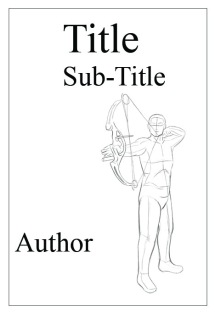 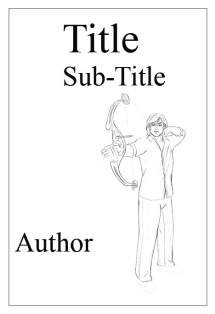 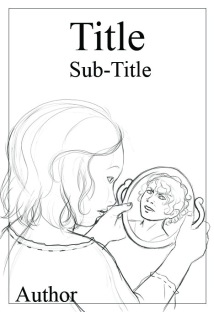 ()  Now I get to start actually coloring in.  All the sketch layers go into their own folder, then a new one gets made for color.  My basic process is to make a layer for 1 specific thing (like the skin or pants or etc.), pic a medium tone for that thing, and then a light tone and dark tone.  These usually aren’t just darker and lighter version of the same thing.  For example, on skin I pick the medium tone I like and then for the shadows I’ll go darker and also redder, while the light tone will be more golden.  Except for on skin, usually the shadow is a slightly cooler shade than the base medium tone.  I make just small dots of each color somewhere outside of the lines so I can go back to those colors.  Then I fill the entirety of the area with the medium tone.  After that I change my brush settings to a very low opacity and put the edges all the way to the softer side.  (I generally only use the regular circle brush, though I will use the various other brushes and stamps to add texture.)  Then I just go in adding shadows and highlights until I’m mostly happy with that part, using the mixer brush to help blend.  I do do a lot of going back to layers and  tweaking as the picture progresses. 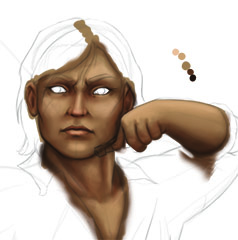 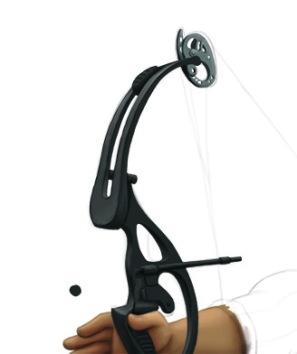 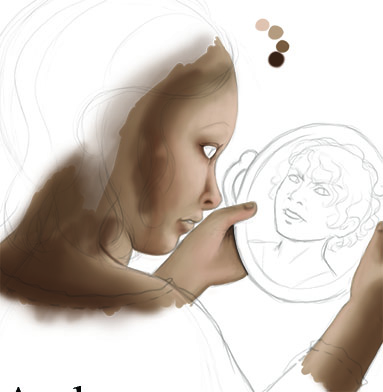 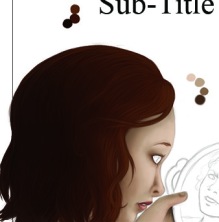 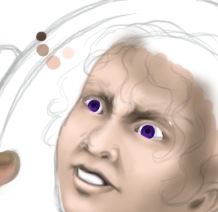 I had some fun making the man’s clothing worn and ragged (I mean, he’s wandering through the wastelands after all).  You can see how I put several layers with the jeans, first just getting the shading how I wanted it, then a layer for the wear texture, then another for actual rips and loose threads. 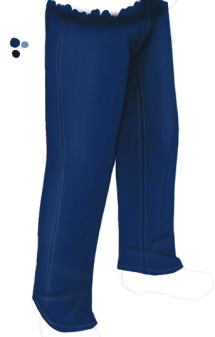 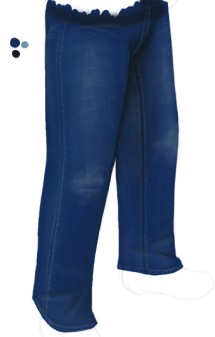 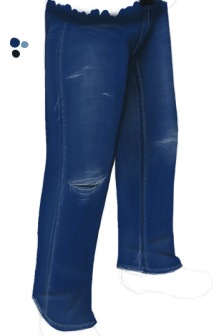 You can see below how many layers I wind up with on the whole thing.

I keep on going, doing each object and figure, and finally filling in the background.  I’m not precisely married to the pallets I make, going in at low opacity and adding reflected color and light and such.

The last step is to make sure the visibility on the linework layers is off and erase all the pallet dots before sending off the to publisher.  First they just get a small jpeg over e-mail for approval, then the full big psd over dropbox. 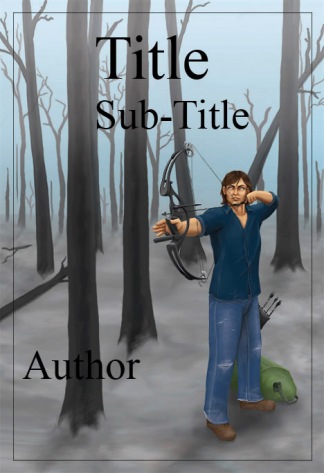 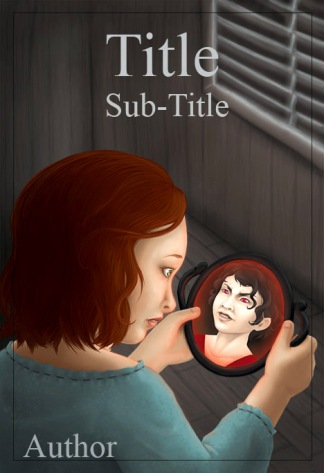 As I said before, I’ll do a post with information about the books once they’re actually published.  I’ll also do better process post at a later date, making sure to actually make images in the middle of the work rather than afterwards.

TupeloCon’s just a couple of weeks away, and I’ll be making a video there to share with everyone.

Well, I’m back from MidSouthCon.

This was my 2nd year as a vendor.  If you live in easy driving distance to Memphis TN this is a really great convention to take part in.  Vendor tables and art bays are really affordable (though space in the dealer room is at something of a premium), and they have RPGs being run in the game room constantly from the opening of the con all the way through to the end.  The staff are also really great.  If you are taking part (volunteer, guest, GM, or vendor) they have a concessions room full of snacks and drinks that is again open all through the night.  They’ll even swing by and bring you drinks from the room if you aren’t where you can leave your table.

I got the Tower Kits from the KickStarter in the mail today, as promised, and now I’m just waiting on some materials to come in the mail so I can make the full towers.

The next con I have is Tupelo Con, which I’m really looking forward.  Its going to be weird only driving about an hour to get to a convention.  I talked to one of the guys who helps run it at MCFC, and they seemed really great.  The whole thing’s been really organized and everything seems put together so far, which is a great sign.  I should be able to get the costume I’m working on finished in time, so that’ll be fun too.  You’ll probably see some photos showing it off, along with the awesome cavalier hat I got to go with it.

I’ll post again with some images of what I’m working on soon, as well as a process video so you can see how the laser foil works.

This is a text widget. The Text Widget allows you to add text or HTML to your sidebar. You can use a text widget to display text, links, images, HTML, or a combination of these. Edit them in the Widget section of the Customizer.